Few Dutch poets have enjoyed such immediate success as Esther Naomi Perquin (1980). With her first two collections, Servetten halfstok (Napkins at Half-Mast) of 2007 and Namens de ander (On Behalf of the Other) of 2009 she won no less than six prizes and a nomination. Her third book, Celinspecties (Cell Inspections), published in 2012, brought her the prestigious VSB Poetry Prize.

Perquin worked as a prison warder to finance her studies at the school of creative writing in Amsterdam. Until recently she was the editor of the literary journal Tirade and held the post of Rotterdam city poet for two years. Perquin has a column in the political and cultural weekly, De Groene Amsterdammer.

As a poet, Perquin is seemingly able to get into the minds of others. Whether they are the delinquents presented to us in Celinspecties or the nameless, strange, but extremely recognizable figures in the appropriately titled Namens de ander, the reader always gets the feeling that she or he is being addressed by a person of flesh and blood. Because Perquin often uses the second-person singular (either the formal or the intimate mode), the idea of direct communication is further reinforced. She also makes play with this feature. Who is this ‘you’? Is it the reader or the writer? And in what ways do they differ from each other?

The sense of alienation that Perquin achieves is one that is full of compassion. Her characters are not her playthings, but a version of herself, an alternative, that properly considered is just as real.  This is beautifully illustrated in the poem ‘This morning a lady rang up’ in which the fact of someone phoning a wrong number gives rise to numerous questions, reveries and associations around the subject of identity:


There is another life before I answer, crammed with possibility,
the material I am made up of could just as easily have had
a different name or form. What if I said yes,
yes, it’s me, Richard. Is that you, Mother?
It’s been so long.
[…]
There are people who differ less than one digit from me
but their mothers don’t know me, wouldn’t call me.’

This fragment also shows how deceptively everyday and simple Perquin’s language is. It is precisely the familiar and close-at-hand that on further inspection turns out to be much more extraordinary than one suspected; once one is aware of this, one can no longer entirely trust it. It is not what you think. The thief is not so much interested in his loot as in entering a room or space that up till then was unknown. The important thing for the lover is not romanticism, but a persistent failure to understand that goes on being repeated. Perquin’s poetry asks questions constantly and in so doing it undermines virtually every certainty. And not least, that of who it actually is in the poems who is asking the questions. 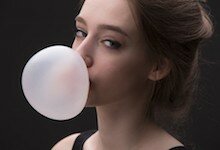 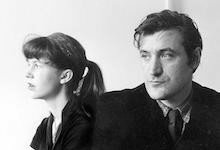 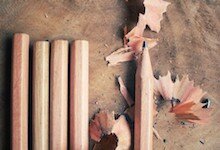 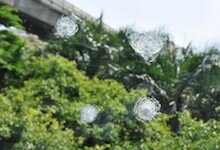