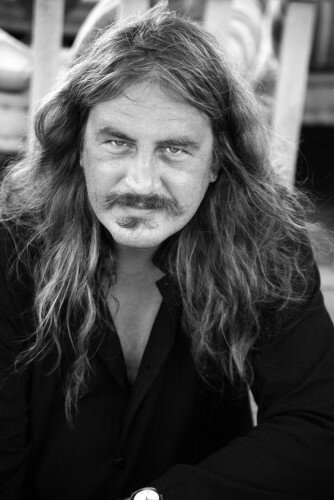 The VSB Poetry Prize 2016 has been awarded to poet, writer, columnist and Classics scholar Ilja Leonard Pfeijffer. The prize jury selected Pfeijffer’s Idyllen (Idylls), which earlier received the Jan Campert Prize, as the best Dutch-language poetry collection of the previous year. ‘This book sings, creaks, fabulates, dreams and is bursting with an almost unstoppable poetical dream’, the jury states.

Pfeijffer received the prize, consisting of 25,000 euros and a glass sculpture by Maria Roosen, from chairman of the jury, Kees ’t Hart, at the award ceremony held on Wednesday, 27 January – the eve of Dutch Poetry Week – in the Academiegebouw of the University of Groningen. Poets Pieter Boskma, Geert van Istendael, Toon Tellegen and Maud Vanhauwaert were also nominated for the prize.

In its report, the jury lauds how Pfeijffer investigates poetry itself in Idyllen, ‘and his investigation takes a personal turn. With Idyllen, Pfeijffer has written poetry that creates new possibilities, without relapsing in moral indignation; poems that also teach the poet a lesson’.

The jury also notes how Pfeijffer has deliberately chosen to use the traditional and almost forgotten form of the classical poem consisting of rhyming alexandrines. ‘In itself, this is a poetical provocation that attempts to have a dialogue with contemporary poetry, including the poet’s own earlier work: the conceit / that I had to undermine the already weak / structures and pinches of securities so bleakly / hasn’t improved the situation a bit,’ Pfeijffer writes. At the same time the collection manages to masterfully play with high and low registers of language, without harming the strong, forceful narration and metaphorical power of the poem’s whole. 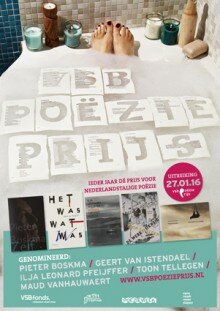