Pierre Alferi was born on 10 April, 1963, in Paris as Pierre Derrida. Originally it seemed that he would follow in his father’s philosophical footsteps when he published Guillaume d’Ockham, Le singulier (1989), a heavyweight thesis on the ‘singular’ in the work of the medieval logician. And yet he didn’t lock himself away in the studious silence of his family’s well-stocked philosophy and literature library. In 1987, he wrote the lyrics of three songs on Cupid, the debut album of French rock group Kat Onoma, who also set poems by Shakespeare, Beckett, Rothenberg and Spicer to music. Later he would continue to write lyrics, not only for Kat Onoma, but also for the 2003 album Paramour (2003) by Jeanne Balibar, and sometimes under the name of Thomas Lago.

In January 1991, Chercher une phrase (Look for a phrase), a compact essay on language and literature, was published, but in September of that year, he tapped into the poetic vein permanently with Les allures naturelles (Natural allures). His second poetry collection, Le chemin familier du poisson combatif (The familiar route of the fighting fish, 1992), is structured by four cycles, in which the narrator registers his surroundings as a fish, a snail, a stickleback and a fly, successively. Placing the writer – and thus the reader – in a test situation is central to Alferi’s poetics. He sees literature as an ‘expérience transformatrice’ (transformative experience) which counters the ‘conditioned poetic reflex’.

This also means that Alferi questions his own achievements again and again and never writes the same book twice. Alferi applies a range of different rules of composition in Le chemin familier du poisson combatif, while Kub Or (1994), the subsequent collection, adopts the tight corset of seven parts containing seven poems with seven verses and seven syllables. He expanded his field of work to the audiovisual with Cinépoèmes & films parlants (Film poems and talking films, 2003), and to the plastic arts by adding his own drawings to his texts – for instance, in Intime (Intimate, 2004 and 2013), or designing calligramatic panels for tram stops on the Paris T3B line, which opened in late 2012 and runs from Porte de Vincennes to Porte de la Chapelle.

Aside from this, Pierre Alferi is also the author of numerous film reviews and various novels, including the serial novel Kiwi (2012), which originally appeared once a week online from March 2010 to April 2011. He has been teaching History of Literary Creation at l’École Nationale Supérieure des Beaux-Arts (Paris) since 2014. 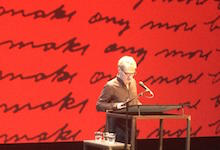 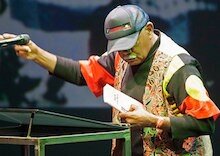