It is through poetry that Liu reflects on the past and present of China and Hong Kong. Liu is very much concerned with everything that happens on both sides of the border. This is common with emigrant writers, whose work often reveals their ‘cross border experience.’ The current selection of ten poems spans a period of nearly a decade (2003-2012), and focuses on issues such as the Tiananmen massacre, self-immolation of Tibetan monks and pollution of the Pearl River Delta. What happens in China is often absurd and therefore, he says, his poems convey emotions of pain and anger. Yet at the same time, Liu is fascinated by the beauty and mystery of traditional Chinese culture and the contrast between the two (worry about the present and fascination with the past) occur alternately in his poems. Particularly strong, for instance, are the colours and contrasts in the poem ‘An elegy that does not mourn’ about Tibetan self-immolation:

the crystal that weeps atop emptiness of 1.4 billion
the crystal that growls under the fighting willing of you five million people this black ice that gallops in scarlet water cannot be granted the blessing of jinlab
this ionic soul that flees from lightning clouds cannot be taken hostage

Contrasts such as red and black, fire and ice, heat and cold, death and rebirth, love and hate, reveal emotions of pain and anger.

Liu is author and photographer. He was born in Guangdong in 1975 and emigrated to Hong Kong in 1997. He went to Beijing for a period of five years in 2003 to study and to experience ‘bohemian life’ in the capital. This resulted in the publication Bohemian China which he co-authored with Yan Jun and Chen Guanzhong in 2004. Besides poetry, Liu also writes essays and short stories and has won literary prizes in Hong Kong and Taiwan, including the China Times Literature Award and the United Daily News Literature Award. 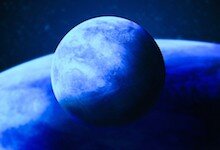 ARTICLE
The thrill and joy of ‘tsukeai’
Shuntaro Tanikawa

In the practice of traditional renku, from which the modern renshi …
read more ►

Renshi is an unfamiliar genre in Korea. When I first encountered our …
read more ►

This is a poem that travels across four countries, between four poets, and gets …
read more ► 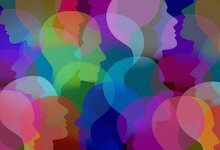 Renshi is a modern version of the traditional Japanese linked poem, …
read more ►