Renshi is a modern version of the traditional Japanese linked poem, renku. As the 70th anniversary for the end of World War Two approaches, and the politicians prepare for the ‘historic speech’ to be delivered on August 15, 2015, four poets from Japan, China and Korea – two Poetry International editors and two former festival poets – decide to have a trilingual renshi session, linking themselves to each other through translation and e-mails. The result is a mandala of 36 poems with the shared themes of ‘Sea’, ‘Rice’ and ‘Sun’. It is at once the celebration of humanity which transcends nation, race, and even language, and the poetic action for the ‘resistance against the world’s entropy’.

Read the full poem linked at the right, in the trilingual form, accompanied by a video of all four poets reading their contributions. The poem is also available in Japanese, Chinese and Korean translation, with all versions appearing alongside an English translation.

Yasuhiro Yotsumoto, born in 1959 in Osaka, has published 10 poetry collections, one novel and several books of translation and criticism in Japanese. An English translation of his poetry, Family Room, was published by Vagabond Press, 2010. Yasuhiro’s first experience of renshi was Shizuoka Renshi in 2003 with Makoto Ooka, Masayo Koike, J. Bernlef and Willem van Toorn. He also held two sessions with Shuntaro Tanikawa, Hiromi Ito, Wakako Kaku and Jerome Rothenberg in Kumamoto in 2008 and 2010, and another shizuoka session with Kiwao Nomura, Wakako Kaku, Aki Ooka and Tian Yuan in 2010.  In the one-on-one taishi (対詩) format, Yasuhiro collaborated with Masayo Koike (『詩と生活』Life vs Poetry, Shichosha, 2005) and with Inuo Taguchi (『泥の暦』Muddy Calendar, Shichosha, 2008). Based in Munich, Germany, where he has lived for 21 years, Yasuhiro serves as editor for a Japanese poetry magazine ‘Beagle’ and for Poetry International Rotterdam's Japan section.

Ming Di 明迪 (aka Mindy), born in China, is a poet and translator, the author of six books of poetry in Chinese. Some of her poems have been translated into other languages: River Merchant’s Wife (Marick Press, USA, 2012), Luna fracturada (Valparaíso, Spain, 2014), Histoire de famille (Transignum, France, 2015) and Livre de sept vies (forthcoming in France). She has translated four books of poetry/poetry criticism into Chinese and co-translated four volumes of poetry from Chinese into English, including The Book of Cranes (Vagabond Press 2015) and Empty Chairs (Graywolf Press 2015). She edited and co-translated New Cathay: Contemporary Chinese Poetry (Tupelo Press, co-published by the Poetry Foundation, 2013). She went to Boston College and Boston University for graduate study in linguistics and taught Chinese at BU before settling in California. Presently she divides her time between California and Beijing.

Shuntaro Tanikawa was born in 1931 in Tokyo. The most widely read and critically important poet in today’s Japan, Tanikawa is one of the pioneers who have brought the traditional renku (連句) back to the modern practice as renshi (連詩). Together with the members of poetry group Kai (Oar), he published Kai Renshi in 1979. Tanikawa’s renshi collaborations soon went beyond Japan to foreign poets, as can be seen in Vier Scharniere Mit Zunge, with H.C. Artmann, Oscar Pastior and Makoto Ooka (Verlag Klaus G. Renner, Berlin, 1988).  His recent activities in this area include one-on-one renshi, or taishi (対詩), with Swiss poet Jürg Halter (Sprechendes Wasser, Sessions, Bern, 2012), and another taishi with Korean poet Shin Kyeong-nim (Take time to enjoy Makgoeolli because we don’t drink it just to get drunk, CUON, Tokyo, 2015) .

Don Mee Choi (translator of Kim’s contributions to the renshi) is the author of The Morning News Is Exciting (Action Books, 2010), and translator of contemporary Korean women poets. She has received a Whiting Writers Award and the 2012 Lucien Stryk Translation Prize. Her translation of Kim Hyesoon’s Sorrowtoothpaste Mirrorcream (Action Books, 2014) was shortlisted for the 2015 PEN Poetry in Translation Award. Her most recent works include a chapbook, Petite Manifesto (Vagabond Press, 2014), and a pamphlet, Freely Frayed, ㅋ=q, Race=Nation (Wave Books, 2014). Her second book of poems, Hardly War, is forthcoming from Wave Books in April 2016.


Link
The book Trilingual Renshi can be ordered at the website of Vagabond Press. 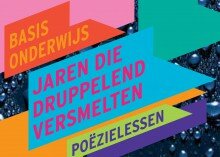