Nazand Begikhani was born in Iraqi Kurdistan in 1964. She has been living in exile (Denmark, France and currently the UK) since 1987. She took her first degree in English language and literature, then completed an MA and PhD in comparative literature at the Sorbonne. She published her first collection, Yesterday of Tomorrow, in Paris in 1995. Her second and third collections were published in Kurdistan by Arras. Bells of Speech (2006) is her first collection in English.

She is a polyglot and has translated her own poetry into French and English. Many of her poems are published in Arabic and Persian, and she has translated Baudelaire and Eliot into Kurdish. She is a researcher and advocate for women’s human rights, and a founding member and co-ordinator of the organisation Kurdish Women’s Action Against Honour Killing (KWAHK). Her research on Kurdish gender issues has been widely published in Kurdish, French and English. She has read her poems at various venues including, in May 2007, at Britain’s Houses of Parliament, a reading hosted jointly by Ann Clwyd MP, Special Envoy to the Prime Minister on Human Rights in Iraq, and Bayan Samu Abdul Rahman, Kurdistan Regional Government High Representative to the UK.

The translator Richard McKane has emphasised the complex cultural and political influences on this poet’s work: “Exiled writing is always double-edged, involving not so much nostalgia as sharp longing; not so much sentimentality as twin or, in Nazand’s case, quadruple mentalities…” She herself has focussed on the healing, cathartic aspects of creativity: “You can only overcome your pain and anger through artistic creation, through poetry.” Nazand explores the experience of being an exiled Kurdish woman in visionary poems of political and spiritual depth. Their lines are indeed ‘bell-like’ clear, musical, penetrating. Fully cognisant of that “thin line between life and death”, they are poignant, but ultimately life-enhancing.

An interview with KurdishMedia.com
On violence against women in Kurdistan and Kurdish communities abroad 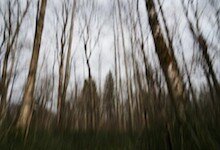