The visible and the invisible enter into surprising unions in the poetry of Marion Poschmann. Objects, places, situations and actions are keenly observed and described in concrete terms. Not that they are immediately recognizable – they are interwoven with associations, shards of memory, quotations, reflections and dreams. The metaphors and similes Poschmann inserts into her summaries render the evoked memory transparent and show just how layered every experience is.

The lyrical first person and the outside world exchange features. The inorganic comes alive; the subject becomes one with the objects surrounding it.

as I eased into sleep amid its white rushing thrill, I was still
bright inside, a refrigerator open a sliver, a mechanically
humming swan boat. it was floating with the deceptive stuff
of dreams in its *** compartment through the ice wreath of the night
through the defrosting fluid, rotting vegetables,
the smell of stagnant ponds.

- ‘(Poet’s Lot)’
By distancing themselves from the visible, by not describing things in the formulas used by rational language, the poems penetrate through the facade of Potemkin villages that constitute today’s ‘media reality’.

The present opens up to the past. This can refer back a short amount of time – such as in the Barnsteen Park Kaliningrad cycle – to the failed utopia of the communist ideal state, but also much further, to the Second World War, the European model city of parks the pre-war Königsberg wanted to be, but also the 18th-century birthplace of the Enlightenment (Immanuel Kant) and its critics (J.G. Hamann). Some poems delve still deeper into the past. They recall the pre-historic era in which the resin of Scandinavian pine forests fossilized and drifted to the Baltic coast, and even the Garden of Eden: ‘Tubs full of bones lie buried beneath the grass. / Burst into bloom and speak tongues! Who rakes here? Who plants? / And who mows?’ (‘Bone’)

Poschmann was born in Essen and grew up in the Ruhr valley. She studied German Language and Literature, Slavic Studies and Philosophy, and now lives in Berlin. She writes both poetry and prose and has written three poetry collections, three novels and a novella. She herself prefers to characterize her writing as Dichtung, which she sees as a means of observing things differently. In her acceptance speech for the 2011 Peter-Huchel-Preis Poschmann stated, ‘Visibility isolates. Invisibility connects.’

POEM
THE VISITOR
Does no dishes, dribbles sauce across the floor. Is more dragon than spaniel, more …
read more ► 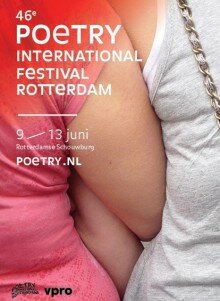