In addition to his insightful activity as a militant critic, Santi is a philologist and has made contributions aimed at exploring the possibility of translating little-known or unknown authors for non specialist readers (Lancino Curzio, Giasone del Maino, Nonno di Panopoli . . .). But here we would like to remember several contributions of his to the translation of contemporary authors, especially the editing of the volume On What Planet by Kenneth Rexroth (Marcos y Marcos, Milan 2002) and the translation of Haut Mal by Michel Leiris (Testo a fronte 17, October 1997). These are not random selections: these two works of translation strive to test the stamina of both one’s own language (it is inevitably and undoubtedly the ‘poet’ who supports the ‘translator’) and that of the other. In addition, these works present (or rather reveal) the modern slant of two authors who have in some way dedicated much effort to the in depth study of tradition; classical and a certain Italian tradition for Rexroth, ethnography and mythology for Leiris.

We exhort a competent critic to investigate the attraction that Santi, a poet who is dry and essential, seems to have for authors who overflow both in their interests and on the page, like Nonno and Rexroth. What remains, at the moment, is that “certain zones of poetry that seem to be destined almost exclusively to the elusive fruition of experts and academics can be read with pleasure – in the Barthesian sense.” This is a rediscovered possibility that is especially invading medieval literature, while Santi urges us to tackle Humanism as well, perhaps by giving in to and stimulating the pleasure with readings and translations that are also very personal.

One of the principal virtues of Santi’s poetry is a certain terseness that is not greed but necessity. In a way, it is a sense of responsibility toward the poetic word that cannot be relegated to accepting even what has been discarded but must become a place where authentic life proliferates, arm in arm with the more intimately necessary reflection. And it is an essentiality that, as value added, never permits itself to settle into modules that are easily recognizable, but aims to take habitual experiences in which the invasion of the quotidian is always fertile and re-elaborate them into personal modules. In the collection Viticci, many of the principal characteristics of the young poet are evident: the certainty of the text together with an unconventional use of rhythm and vocabulary that do not however lapse into a facile pseudo-experimentalism; a life that is tied to both vast readings and indispensable bench marks of direct experience and memory; a certain ironic vein that is always tinged with bitterness.

Sentiment, which plays an important role, is nevertheless protected and almost appeased. The entire book seems to be an architecture designed to ascertain the existence of emotionality and then manages to set it aside right away (as provision, not refuse): “I guard my soul/ like the Asinara: I have/ decided for it a course/ of thorns and embarrassed/ guards”. Thus, defence is not an abandonment of responsibility and stupor (with its twin brother embarrassment) continues to be a valid instrument of knowledge and defence against the placebos (like “the/ colour television”), or against the falsity of “not taking risks”. Once you have defined yourself, your own fears and aspirations, you can liberate irony: “I would like to be one of those/ beautiful August revolutionaries, with/ heart on shoulder, always/ ready to laugh at God”; a heart that is exhibited precisely on the shoulder, not on the chest!

The conclusion of the poem indulges in a sense of humour that is momentarily relaxed, possible only among those who understand each other: “My hope is/ by now a frenzy”. It is a heart that is therefore easy to flaunt, but difficult to put in the right place: “I put my heart/ in the footnotes:/ the bottom is more cogent”. In the same way energies that we could define as surreal may free themselves, as in the poem ‘The virulence of the disease’, which is very important in the economy of the volume. Viticci allowed the author to come to terms with both his own Italian language and with his interiority, as well as perhaps an almost Holderlinian quest for the ‘step’.

Santi has effectively synthesized a certain two-faced being of his poetic work in the poem from Viticci that speaks of a professor who is the victim of an automobile accident. One minute he is intellectual and the next passionate, one minute he is linguistically terse, the next he uses dialect in an extremely personal way: “Then, the professor/ crumpled up/ in the Citroen, on the margin/ of the accident that/ withered him definitively/ thinks about the diphthongs/ of the last blood that/ trots away . . .”. It is sort of poetry about a post-nuclear world sometimes visited by memory and sentiment (that ‘soul’ that the author is not afraid to name, where its presence, moreover not so sporadic, coincides with a correct naming of things).

Santi’s work is the faithful mirror of a character who is torn and cannot manage to find in the literature on which he relies, a solution capable of integrating the two experiences into a single new experience of life and literature. The author firmly decides to utilize the language as an instrument of construction or destruction – unhinging when necessary – and continues therefore, in an attempt to resolve this substantial aspect, to versify in both Italian and Friulano dialect.

He is always careful, however – and he fuses this experience with that of translator – to personalize the language in the direction of necessity (and in the shattering of the rhythm and the bones that have been laid bare by the knife of poetry, in metric and cardiac syncopations) in Italian and of meticulous re-elaboration in dialect. It is a dialect that is violent, forced, crushed toward the contemporary so as not to become crushed itself. A decontextualization of dialect that is nonetheless steeped in affection. As Santi already stressed with regard to Edoardo Zuccato, the dialect poet must at a certain point open up new thematic and linguistic roads for himself, while at the same time taking care to make a world of his own with his own language.

In Gian Mario Villalta, another poet who writes in Friulano (a more frontier Friulano) and Italian, such diglossia takes the shape of “the metaphor of a laceration of the fabric of language and the imaginary” and of “a radical confrontation with the problem of poetic expression within a situation of crisis of language that totally invests the individual”. It is an impossibility to recognise oneself totally in the world painted by dialect, tinged with self-destructive behaviour; it is a laceration between the being of memory and sentiment and the mechanized being, between being and appearing . . . we could even interpret Cletto Arrighi’s epigraph to Rimis te sachete this way, also in light of Fromm’s contraposition between to be and to have: “either because of certain terrible contradictions between their condition and their state – that is to say between what they have in their heads and what they have in their pockets”. Nonetheless, it is precisely self-knowledge that saves the poet and gives birth to his dialect, at the moment in which the idea of the transitory touches him.

Santi’s dialect is Friulano, a dialect, as explained in a note to Rimis te sachete, based on the Friulano “of my house’s courtyard in Codugnella, then broadened to the lips of Colloredo di Montalbano, Moruzzo, Mels, Fagagna, as my motor and auditory faculties perfected themselves.” It is, in short, an authentic dialect that was dantesquely learned at his mother’s breast (Santi was born in Piedmont and therefore the Friulano dialect has something even more familiar and intimate) and subjected to an ‘evolution’ rather than a ‘perfecting’. This evolution, however, needs a push, that Santi does not hesitate to utilize by declaring himself in an important poem that opens Rimis te sachete: “Very so . . . askance they say in Italian,/ with the soul laden like a bunch of/ bananas: like a gothic bay./ But I know that I can write like this/ without soul and horses, without udders to/ milk only here that/ nothing understands me./ How can one claim to make dawn function/ by pulleys”. Observe the apotropaic simulation of that “they say” and at the same time the appeal that dialect, though so expressive, makes to an Italian term. In the same way in the following poem the author appeals to the French ‘raisons’ and enlists the support of Pascal, in order to explain that what the heart and Friulano understands but reason does not.

When discussing poetry in Friulano, we cannot help but return to Pasolini (to whom Santi dedicates ‘Flor e mòscjis’ in Rimis): precisely in the case of Pasolini, as Piera Rizzolati among others pointed out, it is necessary to distinguish between the Friulano utilized “as a function of poetic language” and the “varieties of Friulano utilized by the poet in his years in Friuli, filling the critical void on the second aspect. The hiatus is due not only to a diverse ideological tension but especially to “a new linguistic layout”. Friulano is for Pasolini a language that is ancient yet virgin, capable of transforming the most simple terms in original symbols. But in his evolution as a poet Pasolini sees a passage from the original “invented language” to a “learned language”. A similar distinction also plays an active part in Santi’s experience: let us remember the notion of dialect acquired almost by osmosis or through breathing and then metabolised, in contrast with an Italian language that is dissected and studied, loved but with a sentiment that is more suitable to the laboratory than the domestic courtyard. It is precisely in the already quoted poem about the professor, in Viticci, that one seems to read a confirmation of this attention: “The ancient professor knew/Arabic and languages/ ancient, those/ of wooden borders,/ those that one comes to know and/ doesn’t learn” (author’s italics). Nevertheless, even in this poem a perplexity seems to appear toward the end: it is a slight doubt about the actual possibility of a correspondence between life and literature: “the epic blood of the/ battles had never/ been so/ red.” 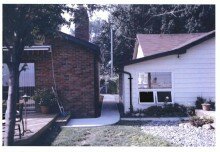 POEM
BETWEEN MY HOUSE AND YOURS
We’ve never walked yet through your past. Separating my house …
read more ► 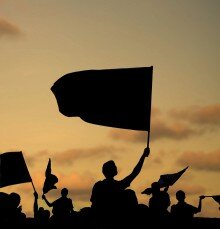 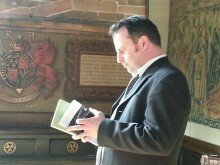 Born to Irish parents and raised in Birmingham, England, Joseph Horgan has lived in …
read more ► 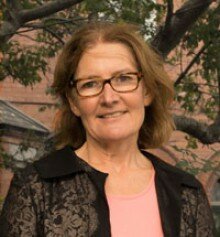 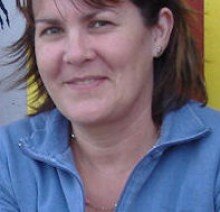