The theme of this year’s festival is ‘prose’. Do you feel there are (many) similarities between poetry and prose?

The question is only really answerable by a Zen-style aphorism or a long essay. Nonetheless, I'll attempt: prose and poetry are not diametrically opposed. There’s plenty of room between the historical novel and visual verse, between the Bible and Dada. There are always new hybrids, whether you look at James Joyce and Finnegan’s Wake, or at Les Murray’s Freddy Neptune.

Poetry is not skeletal prose, and prose is not particularly fleshy poetry. Both fabricate (or simulate) the world. Poetry represents this world or worlds better through omission, through reduction and by focusing on the structures of its parts. Therein lies one of the underlying differences: while prose works with set boundaries, poetry is its boundaries. Poetry is an always unexpected vision of its subjects, along with an unexpected language for that vision. But not even only a different vision and a different language, in fact ideally another existence too.

Poetry is probably the appropriate species for the interplay between intimacy and intellectual experiment, between the philosopheme and stubbornness, between magic spells and danger. Risk, because poetry is alloted a stronger resonance for its recipient than prose.

But, as I already said, poetry is not the unique selling point for the poetic. There are novels that are by far more lyrical and poetic than many poems. Just as there are many poems that praise redundancy to the skies.


You told us your favourite novel was The God of Small Things by Arundhati Roy. Can you explain why you chose this novel?

This choice should only serve as an example of a novel that relates very many important elements wonderfully: charm and knowledge, the exotic, poetry, history and the present. It is so true, so pretty, so intense. And one of approximately a dozen all-time favourites.


Do you write fictional prose as well? If so, do you often use the same themes in your prose and your poetry?

So far, prose has been no more than a sideline for me. A few years ago I wrote a series of miniatures, reflective monologues. Recently I have been working on some sketches of a fictional person, comparable to Brecht’s Stories of Mr. Keuner. Except they aren’t so dogmatic. They have more of a Beckettian energy. What connects this prose with aspects of my poetry is the appetite for special appreciation, on into paradox. Here, as there, I’m interested in a preparation of visual acuity and irony, absurdity, and familiarity, of disturbing bitterness and the honey of having a nice ring to it.


Who are your favourite poets?

To offer a small international selection: James Tate, Charles Simic, Inger Christensen, Allen Ginsberg, César Vallejo, Jeffrey McDaniel, Tomas Tranströmer. Of great importance especially are the (contemporary) poets of my own language: Volker Braun, Friederike Mayröcker, Jan Wagner, Daniel Falb, Tom Schulz. Of course, the list is much longer and changes in its composition. The majority of authors in this list are young.


Do you remember how the poem ‘Nights in the All-Conquering Medium’ came about?

Not exactly. The beginning is of course an adaptation of the theme of counting sheep to fall asleep. But the world isn’t that way anymore, where one reckons it in terms of sheep. It’s burning.

The text establishes a sense of the helplessness of the individual. Of disastrousness. And that we, who can only manage ourselves with difficulty, are beset by unmanageable moments. The eternal struggle. Hans Magnus Enzensberger one spoke of television as the Nullmedium (zero-medium). That’s what the title is speaking to, and past that. We aren’t free from the zeros all around us. 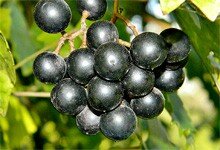 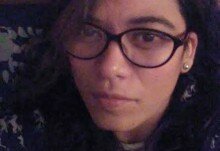 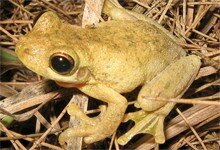