Jin Haishu pushes his tough side forward in his poetry: sex, drugs and rigmarole are themes that leap out from the page/screen. Even so, he does not try to hide his philosophical side, but it sneaks into his work more sideways than front on. “Bravery,” he writes in a poem to his girlfriend, “means fighting to keep the truth before you in any situation . . .” and I think that’s what he’s aiming for. He wants us to think: not abstractly, but in the context of the experiences that generally confront us as human beings in a less than magical world.

In the late 1970s, when Chinese poetry was once more allowed to be something more than slogans, many writers found themselves drawn to the Romantic view of literature: against mass conformity and sterile, ineffectual political formulae, they turned to that potent trinity of truth, goodness and beauty. However by the mid-1980s, it was patently clear that Romanticism was capable of enormous self-delusion and, for this reason, a counter-movement or correction arose that stressed the need for a return to reality and all that was untrue, rotten and ugly in contemporary Chinese life. From the following poem, simply entitled ‘The Poet’, we can see that Jin Haishu aligns himself with this realist reaction:

Never have I heard him say a single disconcerting thing
in his mind, all trees grow up in a straight line
the sun-light makes him him turn completely transparent
he writes poetry as if he were licking things with his tongue
each syllable is so carefully and considerately put in its proper place
who else is capable of living as beautifully, as tenderly as he?
but the only thing I see written in his smile is flattery.

From this, we can, first of all, gather that Jin Haishu’s main criticism of Chinese Romanticism is that its idealism and aestheticism blinds it to the less attractive—but nevertheless equally real—aspects of our world. In this sense, existence is ‘flattered’. That is, it is depicted in terms that artfully gloss over its innumerable horrors and hells. Secondly, Jin Haishu is wary of an excessive concern with formal beauty, since obsession with the perfect placement of every syllable can lead to a staggering neglect of those other fundamentals of the Romantic credo, especially truth.

I think this is where Jin Haishu’s philosophical training comes in: for him, poetry has to be concerned with truth, and no amount of linguistic beauty or ostentatious ‘virtue’ (the unbelievable ‘goodness’ of the self-consciously ‘perfect’) can compensate for a lack of truth. In his ‘21 Maxims’, he advises his girl-friend to summon up the courage “to keep the truth before you in any situation and not be scared off by it”, and naturally we sense that this is also advice he would wish to apply to himself. Although Jin’s dismissal of beauty and tenderness at the expense of courage must strike some readers as an all too predictably masculine gesture (in fact, many of his poems feature an exaggerated masculine persona), this tendency is muted considerably by an endearing sensitivity to the inanimate which verges on compassion. You can see what I mean in the following poem, ‘Old Furnishings’:

Another thing: Jin Haishu clearly enjoys playing with paradox, a paradox which reminds us that benign surfaces occasionally function as a camouflage for some deeper, more obscure menace (and so: intimacy reveals alienation, bluntness has the potential for pain worse than the sharpest blade, while dawn light is inextricably bound up with a darkness it is incapable of expelling). So that we don’t spend too much of our waking lives in Disneyland, he goes out of his way to remind us of some of the harsh facts of life: loneliness is an insoluble condition, and helpless rage is an inevitable response to the kind of society we have so painstakingly arranged for ourselves. And yet, Jin’s uncompromising stance is not an open invitation to pessimism. Life remains worth living—and poetry continues to be a worthwhile form of activity—because our human capacity to make sense of our experiences, even in adversity, brings us a sublime, enduring, quixotic pleasure beyond the daily swirl of endless happy-sadness. 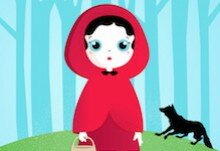 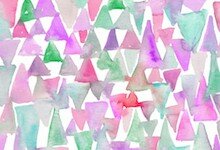