“Everyday life is a wonderful thing and to be quite honest it is all we have.”  For Ilya Kaminsky, poetry is about devising a parallel reality and hence about creating freedom.  Many of his poems exude what at first sight is a seemingly nonchalant atmosphere of disobedience. Laws, whether they are implemented by those in power or derive from nature or logic, are not complied with or accepted. Kaminsky seems to be saying that people are not machines.

For instance in the poem: ‘As Her Husband Sleeps, Sonya Tells a Story’. A poem, which as is often the case in Kaminsky’s work, takes the form of a parable:

Consider this approaching train
in which the conductor whistles, rings the bell and shouts

as if refusing to believe in their deafness.
Consider, my soul, the deafness

which seems to have chosen the man
as its earthly vehicle.

The train stops, the conductor whispers
May you win the lottery and spend it all on doctors!

The woman straightens her coat, and laughs—
“One of us had to stop first, sir. I couldn’t.”
It is human passions that eventually bring the thundering machine to a halt. The characters in Kaminsky’s poems make love and dance, often against all reason. Many times they are deaf. They don’t hear what is said about them, or what people think of them. If orders are given, they can’t understand them. They are deaf, but they hear music everywhere and they dance, whether the occasion is appropriate or not.

Kaminsky was born in 1977 in the port of Odessa in the former Soviet Union, the present Ukraine; in 1993 he and his family were granted asylum in the United States. His first book of poetry “Musica Humana” appeared in 2002 and in 2004 the collection “Dancing in Odessa” was published to wide acclaim. The book was awarded a number of prizes and has been translated into various languages. In 2011 Azul Press published a selection of his work in Dutch translation under the title “Dovenrepubliek” (Deaf republic). Kaminsky writes both in English and Russian. He and Susan Harris compiled the “Ecco Anthology of International Poetry” and he has translated poetry by Marina Tsvetaeva and Polina Barskova. Translations of his own poetry have already been published in a number of different countries.

Kaminsky has worked not just as a poet, university teacher, translator and poetry editor, but is also involved with a number of human rights organizations. ‘Human music’ is his total obsession and his poetry is a model of lively contradictions; nothing human is strange in it. He has a keen eye for the absurdity of existence, and he describes grim situations and horrors in frank terms; as a witness, his engagement is indisputable. He describes violence lucidly and in forceful language. The unsentimental tone is distantly related to the work of another writer from Odessa, Isaak Babel, to whom he has dedicated some poems. The drift of Kaminsky’s work however is totally different from that of Babel, as it is more loving and optimistic. His poetry – punctuated with religious imagery, prayers and allegories – turns the other cheek. Violence and coercion are responded to with love, music and dance:

[…]
The state declared him an enemy of the people.
He ran after a train with tomatoes in his coat

And danced naked on the table in front of our house –
He was shot, and my grandmother raped
by the public prosecutor, who stuck his pen in her vagina,

the pen which signed people off for twenty years.
But in the secret history of anger – one man's silence
Lives in the bodies of others – as we dance to keep from falling. 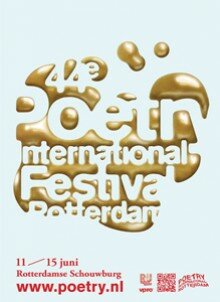