Born in San Francisco in 1941, Robert Hass is a poet of the personal and of the intimate life. His work is essentially concerned with the seasons and the landscape. He takes his readers on journeys through the mountains of California, sharing his observations of flowers, grass, herbs and smells, which in turn stimulate the poet’s memory – and recollections of distressing or moving events come to the surface.

Falling-outs with people and upsetting occurrences are contrasted with the ordinary things of life and peaceful domestic scenes. A loving preoccupation with nature and the volatility of the seasons is sometimes juxtaposed against the harsh experiences of Hass’s youth – for instance, the incurable alcoholism of his mother, of which his long poem ‘The World as Will and Representation’ gives a compelling picture. The poem ends:

Slumped in a bathrobe, penitent and biddable,
My mother at the kitchen table gagged and drank,
Drank and gagged. We get our first moral idea
About the world—about justice and power,
Gender and the order of things—from somewhere.

The memory of scenes like this sometimes also results in a physical reaction, as can be seen in the closing lines of ‘Child Naming Flowers’: “A moment ago I felt so sick/ and so cold/ I could hardly move.”

Nor is Hass averse to including conversation with a friend or loved one about questions of an everyday or philosophical character in his poetry, and he doesn’t fight shy of the challenge of a difficult love affair. His work is never heavy, however, even if one can hear an undertone of melancholy in many of his stanzas.

Although he harbours doubts about the genre of politically committed poetry, circumstances sometimes force him into taking a stand against wars, serious abuses and the harm being done to life on our planet. Poems such as ‘Bush’s War’, ‘State of the Planet’ and ‘Ezra Pound’s Proposition’ are examples of this. And, of course, there are some outside influences – hardly surprising for someone who has so often written so thoughtfully about other poets. While initially figures such as William Carlos Williams, Ezra Pound, Wallace Stevens and Robert Lowell had an impact on him, they were later joined by poets from Japan, China and the Spanish-language world. A special place is occupied by the Polish-Lithuanian poet Czesław Miłosz, with whom Hass has collaborated intensively as a translator of his work.

In the past, Hass’s international interests have also taken him to the Netherlands. The city of Leiden figures in a prose poem in Human Wishes (1989), while Time and Materials (2007) includes a long poem about a painting by Vermeer, which he saw here in the 1970s.

Robert Hass is the author of five volumes of poetry. He also frequently writes essays and articles about poets and poems, a number of which have been collected in Twentieth Century Pleasures: Prose on Poetry (1984) and Now & Then, the Poet’s Choice Columns 1997–2000 (published in 2007).

He was educated at Saint Mary’s College in Moraga, California; he took his PhD at Stanford University and is presently professor at the University of California in Berkeley. 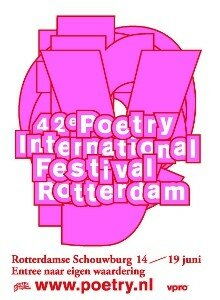