Ron Silliman (1946, Pasco, Washington) is a poet, critic, essayist, blogger and market analyst in the computer industry. He is viewed as one of the founders of L=A=N=G=U=A=G=E-poetry – a movement that emerged in the United States at the end of the 1960s and early 1970s and which continues to have an impact today. In 1986, for instance, Silliman compiled the trendsetting Language anthology In the American Tree: Language, Realism, Thought, and a year later he published one of the key texts of this movement, The New Sentence.

Although the Language trend in poetry embraces a richly varied company of poets, they do have a number of points in common. Language rejects claims to being ‘natural’ or to authenticity and deliberately creates an artificial language – in keeping with Robert Grenier’s declaration ‘I HATE SPEECH’, with which, according to Silliman, Language began. Moreover, this poetry is emphatically concerned with the world and often has a political content. The exploration and transgression of genre boundaries (between poetry, prose and the essay form), for instance, is an issue on the agenda of many of the Language poets.

These distinguishing features are definitely applicable to Silliman’s work, which now amounts to more than thirty titles. You could just as well argue, however, that his poetry consists of a single long poem, a life’s work that he calls Ketjak. Once completed, it will consist of the following books: The Age of Huts (1974–1980), Tjanting (1979–1981), The Alphabet (1979–2004) and Universe (2005–).

For some time now, the range of Silliman’s much applauded and controversial work has transcended the Language tendency. With his blog, which he began in 2002, and which is simply called Silliman’s Blog, he has become a unifying factor in the poetry world, linking poets of all sorts. Roughly the same can be said about his poetry, which, like a revolving door, allows ‘everything’ to enter: “Revolving door. Clear lake. Over farm fields in a glider. Finally, there was nothing to turn you aside, the crowd’s bustle as tho at your own momentum, the voices would ebb and echo, as you push at last thru lobby after lobby.” 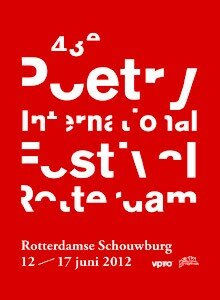