Christian Hawkey, a poet and translator of German poetry, was born in Hackensack, New Jersey in 1969. He has two full-length collections and two chapbooks of poems. His first collection, The Book of Funnels, received the 2006 Kate Tufts Discovery Award. He has also been given awards from the Academy of American Poets and the Poetry Fund, and in 2006 was honored with a Creative Capital Innovative Literature Award. In 2008 he was a DAAD Artist-in-Berlin Fellow. His most recent project is a cross-genre exploration of the life and work of Georg Trakl. He lives in Berlin and Brooklyn and is on the faculty of Pratt Institute in Brooklyn, New York, where he teaches in the Humanities and Media Studies department and in the Writing Program.

Hawkey’s work picks up where the New York School poets left off, earning him praise from no less than John Ashbery, who said about The Book of Funnels that “what emerges is a portrait of a medium like the one we live in, with all its unexpectedness”. The poems – which are funny and ironic – almost always embody a sly critique of American culture, juxtaposing the numbing gratifications of contemporary urban life with the wars fought to protect those who enjoy that life. This critique is even more explicit in Hawkey’s second book, Citizen Of. ‘Birth of a Nation’, for instance, is entirely composed of questions, and it begins by immediately interrogating the title’s problematic metaphor (nationhood linked with natality): “Did the world squat down & push out / a nation?” Hawkey’s viewpoint is necessarily skewed, the images pointed, angular: “A bookcase, / viewed from behind, is not / the back of anyone’s brains.” The breadth of registers evinced by such willfully vernacular treatments of complex questions accompanies a precise control of language. Hawkey uses his delight in and mastery of juxtaposition to insist on poems as sites of multiplicity. In his work, the collision of spoken voice, written text, playfulness, political critique, analytic intelligence, and vulnerability – among other things – invokes a poetics that grapples generously with language in all its forms.


Christian Hawkey was a guest at the 41st Poetry International Festival. This text was written for that occasion.

POEM
THE POET
All he needs for sustenance Is the cat’s carcass. He’d like for his gullet To be …
read more ►

POEM
GENETICS
My father’s in my fingers, but my mother’s in my palms. I lift them up and look at …
read more ► Ian McMillan is a poet and performer from Yorkshire, as well as a playwright, …
read more ► Esther Morgan is the author of three books of poetry, of which the third, Grace, was …
read more ► “Miracles hang slack with laughter off the table, not even properly …
read more ► K. Schippers (the pseudonym of Gerard Stigter; Amsterdam, 1936) made his first …
read more ► 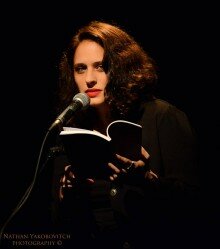 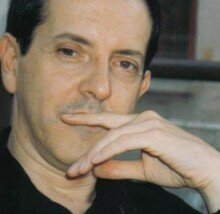 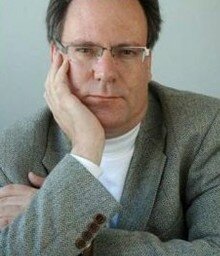