Predrag Lucić (Split, 1964) attended primary and secondary school in his hometown Split. He studied at Belgrade Dramatic Arts Faculty and finished his main exams but didn’t take his diploma. He directed plays in Belgrade, Split and Tuzla theaters, and founded the newspaper of the Split Summer Festival, Summer Times, in 1987. From January 1985 onwards he wrote for Feral, the satirical section of the weekly Nedjeljna Dalmacija, and in 1988 he wrote the column ‘Different youth’ for the youth magazine Iskra, where he was also editor of the culture and nonsense section, entitled Le Spizd.

In 1989, with Viktor Ivančić and Boris Dežulović, he founded the Nedjeljna Dalmacija’s satirical section, the Feral Tribune, an expanded version of Feral. The Feral Tribune was then taken on by the daily Slobodna Dalmacija, where Lucić worked as reporter before and during the war. In 1993 he left Slobodna Dalmacija and with his colleagues launched the biweekly Feral Tribune, soon to become a weekly publication. The Feral Tribune quickly gained an international reputation for its objective, well-researched and quality reportage of issues considered taboo by the local political establishment, such as widespread corruption and the war, and its aftermath, in Croatia and Bosnia and Herzegovina.

For its uncompromising attitude and sharp criticism, the Feral Tribune was under constant attack at home, and was heavily fined and even banned by the authorities. At the same time, it was held in high esteem among its devoted readership, earning cult status all around former Yugoslavia. Lucić was one of the editors and a regular contributor to the publication, writing political commentary and satire. He was editor in chief of the online Feral Tribune publication and the editor of the Feral Tribune book-publishing division. During this time, his poetry, non-fiction and plays appeared in various literary magazines and were extensively translated.

Staged by the Travelling Theatre of Hasja Borić and directed by Tanja Oručević-Miletić, the Feral Tribune Cabaret, based on the political satire of Lucić, Ivančić and Dežulović, has had over hundred performances.

Predrag Lucić now lives with his family in Split and writes for various newspapers and magazines in Croatia, Bosnia and Serbia.

Over a number of years, Predrag Lucić’s poetry has developed into writing with no consideration for any rules or regulations. Lucić’s highly developed technique of building a poem as a rounded whole was nurtured in a space that functioned and developed together with Feral, at first as a satirical addition to different weekly and daily newspapers, and later to reach and conquer a new level of content in the years marked by the weekly Feral Tribune.

Within this context, Lucić’s poetry was immediately recognised for its strong satirical charge, as a merciless parody of countless events and situations from daily political reality and of its far from harmless actors, political bosses with entourages of brown-nosers, whose uncontrolled and often completely senseless political actions were regularly the source of Lucić’s open mockery. These satirical poems appeared in two hefty volumes: Velika Feralova pjesmarica (The Unabridged Feral Songbook; 2003) and Sun Tzu na prozorčiću, čitanka iz nastranih književnosti za prve razrede, vojnih, vjerskih i civilnih škola (Sun Tzu On My Window – Primary Textbook of Depraved Literature for Military, Religious and Civilian Schools; 2009), the first volume of his satirical poetry published by Algoritam in Zagreb.

The incisiveness of Lucić’s poetics stems from an inventive use of mostly ignored dynamics of his language, the fullest and purest form of which is a principal and inseparable part of a particular Mediterranean urban landscape. By finding common points in so-called low and high contemporary culture, ranging from references to well-known poets to themes and subjects often found in the media, Lucić’s non-satirical poetry, like that of no other Croatian poet, reveals a dimension of actuality nested in the melancholic core of his poems.

In the poems selected here for PIW there is a talk of a basketball star wrapped in a dark political joke, of a forgotten pioneer of Balkan and European cinematography, of a great actor who died rejected and forgotten, and of how the new name for a brand of cigarettes, printed in an old, still familiar font on a pack, can say more about the recent history of south-eastern Europe than dozens of books and studies.

Veselko Tenžera Award for the Journalist of the Year, with Viktor Ivančić and Boris Dežulović, for the Feral Tribune satirical section in daily paper Slobodna Dalmacija (Zagreb, 1992)

Stefanel Award for the Journalist of the Year, with Viktor Ivančić and Boris Dežulović, for the Feral Tribune satirical section in daily paper Slobodna Dalmacija (Split, 1992)

The IPD Freedom of the Press Award, for the Feral Tribune weekly, from the International Press Directory in collaboration with the Index on Censorship (London, 1996)

Golden Pen of Freedom Award for the Feral Tribune weekly, from the World Association of Newspapers (Amsterdam, 1997)

International Prize for Freedom of the Press for the Feral Tribune weekly from the Committee to Protect Journalists (New York, 1997) 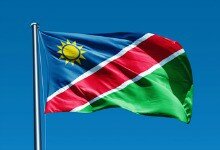