The Bruges-born poet-priest Guido Gezelle is generally considered as one of the masters of 19th-century European lyric poetry. At the end of his life and in the first two decades of the 20th century, Gezelle was hailed by the avant-garde as the founder of modern Flemish poetry, and his unique voice was also belatedly recognised in the Netherlands and often compared with his English contemporary Gerard Manley Hopkins (1844–1889).

With Hopkins – if only the two had met, or at least read each other’s work! – he shares not only a dual vocation for the priesthood and lyric poetry, but also a troubled sexuality (see his elegy on a favourite pupil, ‘I Dream E’en Now’) and, more importantly, an eclectic experimentalism. Against Hopkins’ Welsh-derived “sprung rhythm” we can set Gezelle’s explorations of his native Flemish canon as well as the Anglo-Saxon tradition represented by Longfellow, whose Hiawatha he translated (1886). His reading of Robert Burns (1759–1796), a gardener’s son like himself, must have confirmed, if it did not spark, his attention to minute detail in nature (Burns’ mouse, for instance, parallels his own water-boatman insect), and the defiant use of dialect speech in his verse. Finally, he shares with John Clare (1793–1860) an almost Franciscan sense of the brotherhood of nature (‘Where Is That Limpid Singer?’), while a poem like ‘Sleeping Buds’ has an Emily Dickinson-like conciseness.

His knowledge of foreign languages was not confined to English: he made wide use of French, Spanish and Italian in his teaching work with trainee-priests, and translated extensively. Nevertheless, the English link was the strongest: from his early years he had maintained contacts with the English community in his home town of Bruges, and an unfulfilled long-term ambition was to work in England as a missionary. These contacts and several professional visits to England introduced him to the work of John Keble and other poets of the Catholic revival.

Gezelle’s compatriot André Lefevere, describing the daunting task of “translating a national monument”, highlights Gezelle’s immense versatility as a journalist, linguist, educator and priest, as well as an experimental poet. In his greatest work these roles coalesce around his favoured themes of childhood, the Flemish landscape, friendship, nature and religion – the last two often inseparable.

The cosmopolitan, polyglot and pantheistic side of Gezelle will appeal to some, while his conservative Catholic, regionalist allegiances may deter others: time will be the final arbiter of what survives. However, an important barrier to wider international recognition of his lyric genius up to now has been the absence of translations that do justice to the vigour and musicality of Gezelle’s West Flemish idiom. Two of the translations included here go some way to redressing the balance: ‘The Watter-Scriever’ by Scotland’s national poet Edwin Morgan and ‘A Little Leaf . . .’ by Francis Jones. Both translators make brilliant use of their own vernaculars (Glaswegian and North Yorkshire respectively) to bring Gezelle to life for the non-Dutch-speaking reader.

Eileen Myles is the author of more than a dozen books of poetry, fiction, and …
read more ►

Born in Miami and raised in Southern California, Nathaniel Mackey is a poet, …
read more ► 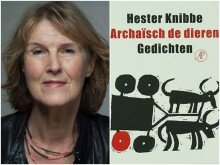 ARTICLE
Hester Knibbe wins the 2015 VSB Poetry Prize
On 28 January 2015, in an at-capacity ceremony at the Kunsthal in Rotterdam, Hester …
read more ► 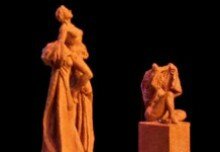 ARTICLE
Poetry International wins the 2015 Translation Angel
The jury of the Working Group of Literary Translations, of the Literature …
read more ►