Chris McCabe was born in Liverpool in 1977, grew up there and studied for a degree in Literary Studies at the University of Central Lancashire in Preston. He moved to London when he was twenty-four, and now works as a Joint Librarian at the Poetry Library on the South Bank. He has published poems in a number of places including Poetry Salzburg Review, Shearsman, Magma and Poetry Review. His first collection, The Hutton Inquiry, was published by Salt in 2005. This includes a sequence of poems that chronicle the circumstances surrounding the death of government science advisor Dr David Kelly in 2003 and Britain’s involvement in the war in Iraq.

He has read his work at the Cambridge Conference of Contemporary Poetry, The Troubador and at the Poetry Society. He also discussed and read some of his poetry on BBC World Service on Armistice Day 2005 and featured a poem on the Oxfam CD Lifelines. In 2008 a pamphlet called The Borrowed Notebook will be published by Landfill, and a book called Zeppelins by Salt.

Chris is part of the MTV generation and his poems are fast, hard, complex, very much of their time and place; he’s a poet who isn’t afraid of tackling the fallout of political decisions head-on, without moralising or hand-wringing. He likes poetry that “doesn’t attempt to fill in the missing spaces, that moves at the pace of the city, or the web on broadband. More than ever the brain demands speed – harder, quicker, faster – and backward-looking poetry stands little chance of grabbing my attention.”

However, he’s a thoughtful, widely-read writer. He says of his work: “My projects are usually driven by three things: 1) an idea; 2) a process; 3) the aspiration for a final aesthetic. Ideas usually trigger me off but I also like to show – in the work itself – the processes of thought that are taking me towards some open-ended finale. There is a ‘live’ quality to this kind of writing that excites me.” His poems, although fast-paced, aren’t superficial and glib, and don’t just whizz past without leaving an impression. His work may disturb and destabilise, but it gifts us a challenge – of the world and its possibilities. He delights in using imagery that reflects the often overwhelming nature of sensory input – a rush of sensation and thought, the myriad possibilities of language and the strange connections one image can make with another.

His work often blends references to popular and consumer culture with a bizarre or risky image, confidently and without fuss. In ‘Frisky Punnet’ we’re given the narrator’s observation that “Nothing uplifts more than a dwarf inheriting a railway station / I was thinking as the beetroot juice pipped my Levi-Strauss jeans.”

There’s no nostalgia in his work, no yearning for a mythical Golden Age and the future is embraced for all its possibilities, both luminous and dark. Relentlessly uncomplacent, he writes “poetry of the present tense” and relishes the developments and new directions he draws from technology, music, film and language itself.

Genuinely experimental, his approach to language is fluid, often playful and darkly humorous, but not self-consciously so – this is a poet who lets us into the richly surreal world of his imagination and then exits neatly, without apology or explanation. His work is actually very much rooted in individual experience, but he refuses to occupy the safer waters of the ‘accessible to all’ school of poetry, finding that limiting and dull. He likes to dance and tussle with language and ideas, not tip-toe around them politely, and it’s this exuberance and relishing of a highly idiosyncratic perspective that gives his poetry its energy and power. He doesn’t compromise, either in terms of subject matter or approach; his poems may not comfort the afflicted but they often afflict the comfortable.

He believes that “the form should be driven by content . . . and that there should be an urgency driven by the need to create”. In ‘The Counsellors’ – a wickedly funny and clever poem – he shows a man who “talks to the counsellor who listens (he is paid to listen). The counsellor notes that this man has reached an impasse. Unsure how to proceed the counsellor speaks to his counsellor. He echoes the impasse.” So the loose, slightly chaotic prose form of the poem tells us something about how the search for neat, definitive answers may be a fool’s errand; that the questions may be more interesting than the answers. He’s a poet who risks being told that what he’s written ‘isn’t poetry’. But he’s sufficiently courageous and driven to carry on experimenting, reacting, taking risks, diving in and surfacing with fresh treasures.

Schmig
Poems at Gists and Piths 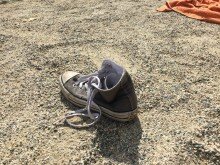