Poetry as observation and reflection, without higher purposes, a species of “psychological and spiritual hygiene” – this, according to translator Richard Zenith, is what characterizes Nuno Júdice’s important collection, Meditation on Ruins.

He seems, at first glance, to be a poet without ambition. Though certain poems stand out above others, he is obviously not shooting for individual literary masterpieces. Nor is his project to recreate in the manner of a Borges, or to shock with the audacity of his formal innovation. He is not concerned to hone his consciousness, analyse, synthesize, or arrive at considered judgements or conclusions, let alone teach anything to his readers. Poetry for Nuno Júdice is a species of psychological and spiritual hygiene, a way to receive and process life, an instrument for reflecting on past history – the poet’s own and that of Western culture – and on the present state of things. This posture becomes militant in Meditation on Ruins. Here we will find no warm and fuzzy ‘poetic’ pay-offs, no rhetorical sighing over the poignant beauty that exists, after all, in the very heart of the world’s sadness and desolation. Júdice eschews the higher register, preferring colloquial speech delivered in a deadpan style, and he goes out of his way to break the lines of his poems at the most inopportune places, after a the or a preposition, or in the middle of a compound verb, but he does all of this discreetly, without fanfare, retaining the basic poem structure he inherited from tradition, because why not? Why disdain what came before him and contributed to his own formation? He is not an angry young rebel. He has no antilyrical axe to grind. He is, in fact, a poet without axes, trying to prove nothing.

Júdice is so consistently sceptical that we could well imagine him as a deconstructionist, but he was born too late for that. He ‘disembarked’, as the title poem of this collection tells it, in a world that was already lying in ruins. Throughout the rest of this book we meet blighted landscapes, dregs washed up on foggy shores, eroded myths, residual childhood memories, archaeological remnants, disintegrating grammars, and the rubble of relationships condemned from the start to be clumsy, impossible constructions. What is missing, perhaps strangely, from these scenes of wreckage is bitterness. The poet, although he harbours no illusions that the world’s physical and spiritual shards can be reassembled into a coherent ensemble, decisively takes the pieces in his hands, turns them over and looks at them closely, not without nostalgia but with rigour – the kind of rigour named in the second stanza of the first poem (‘The Golden Age’), whose subject


It is the rigour of unembarrassed love, of complete openmindedness and emotional vulnerability, of an unencumbered gaze that regards the other – be it a person or object – without preconceptions, without daring to presume that this other is already known to us. It is the rigour of honest encounter, the rigour of a valid I before an equally valid you, a desire for intimate acquaintance rather than a knowledge that would define and delimit. It is the willingness to be surprised, for better or for worse. It is, reports Júdice in the cited stanza, “the rigour the gods stole/ with the first scream”, which suggests the human mind at its freshest and most spontaneous, before the gods and civilization ever arrived.

Nuno Júdice seems not to believe or even disbelieve in God, but his ‘Homage to St John of the Cross’ confirms to us the religious nature of the meditation announced in his book’s title – religious in the sense of “receptive to mystery”. Júdice’s poetic meditation does not remain at the surface but freely penetrates things, seeking out their historical and spiritual “abyss, a well’s black depth staring back/ with no surface reflection” (in ‘Archaeology’). There is no ecstatic union at the end of his dark night, but there are glimmers of light, there are connections to be noted, and even an unexpected calm in the storm, born out of the poet’s acceptance of the world such as it is – shattered, scattered, and ultimately inscrutable. His attitude, in this respect, is more scientific than religious. However receptive Júdice may be to mystery at all levels, spiritual included, he refuses to view reality through the corrective lenses of a redeeming theology, a utopian ideology, or an exonerating aesthetics. He surveys the chaos without a filter, on site, travelling to and wading through ruin after ruin, taking notes like a scientist so impartial that he didn’t even bring along a working hypothesis, merely an affection for the objects he studies. As if that’s all that were needed.

It is hard, when we read these poems, not to think of Hölderlin and the German Romantics, and the Symbolists that followed them. Autumn and winter are the dominant seasons, night (a word with more than sixty occurrences in this book) the most frequent time of day. And even when there is sunlight the atmosphere may still feel nocturnal, ‘excessive’, charged with the weight of nature, the impacted past. But Júdice, unlike the Romantics, has no programme, no personal project, no heady confidence in the power of the subjective I to apprehend and transcend. He sometimes discovers profound connections, but he does not actively seek them. Ruins are not an exotic door of access to the values of antiquity or some higher perfection; they are the end which modern civilization has arrived at and must now confront.

Júdice’s symbols, on the other hand, often seem to be below the level of consciousness or even outside it. In his poetic universe everything is in a permanent state of flux, and the poem is his journey through a menagerie of usual and unusual images, bits of history, fantasies, cultural references, geographies, photographic remembrances and apocalyptic utterances. In ‘Ethics’ the narrator begins:


I stand before the sea, before its waves,
before the tides stirred by September, before the greys
and blues that alternate with strange greens;
a voice speaks of madness, or of the empty gaze
of fish, or of a topic dried up like seaweed
at low tide; a wind swept the beach
in the silence of afternoon, restoring an ancient unity
to the body of the waters.


But this unity is only one more element in the chaos, lasting no longer than the gust of wind, and in the end we find the narrator reciting the poem “slowly, repeating in a low voice/ all of its contradictions”. Yes, Júdice’s poems seem to be replete with symbols, with natural phenomena placed in crepuscular environments and endowed with the significance of Baudelairean correspondances, but one ultimately feels – and a relativizing, postmodern narrative voice periodically reminds us – that they may correspond to nothing more than a poetic mood. If Nuno Júdice does not address the question of God’s existence (though the poem ‘God’ suggests a certain nostalgia), neither does he make a judgement call on life’s uncanny coincidences and quasi-symbols, on those everyday sights that sometimes strike us as visions, on those ordinary moments that loom like large or small epiphanies. Júdice is obviously fascinated by these events – they are the stuff of his poetry – but he presents them with prophetic detachment. Let the reader decide, if it is important for her or him to decide, what they might mean.

The poet as prophet, in the line of “the drunk/ storyteller, the blind musician/ of fairs, the mad fortuneteller” (in ‘Yes, I Was a Prophet’), is an attitude that might make us wonder if Júdice’s work is old hat. It is and isn’t. It is so old in its aspirations – harking back to when poetry, prophecy and song were all one and the same art – that in the contemporary setting, which is where most of Júdice’s poems operate, it comes to us on the psychological level as an antidote to the alienation spawned by hypercivilization, and on the literary level as a refreshing change from the realism, neoformalism, intimism and linguistic high jinks that dominate today’s poetry scene. And yet there is in Júdice no harking after old truths or trying, like many of his contemporaries, to invent new ones. He is far too cognizant of where human thought has arrived to suppose that general conclusions are still possible or even desirable. He merely seeks to explore the terrain of existence, to try to feel at home there. He is not a prophet of timeless verities but a medium – an almost oblivious medium – of tiny, fragmentary, mortal truths as hard and real and perishable as stone. What he wants is to touch the stone (another oft-occurring word in his poetry), not enshrine truth. It is as if truth, fragile and elemental, were not abstractable from stone.

The poem as prophecy, far from being a mimesis or the outcome of analytic study or observation, is a vehicle by which to investigate what is not yet known. And even what we once knew, when separated from us by the passage of time or a sharp change in the weather, shifts back into the realm of the unknown or insubstantial. Júdice offers no answers to the reader, but we are invited to join his doubtful, or doubt-filled, journey:


Partake with me in life’s disorder,
in the indecision of roads,
in the wound of a silence where
a smile you once loved and
your ageless face flow
like images in a dream.


This stanza is taken from ‘Viaticum’, a title whose irony is reinforced by the word ‘partake’, which in the original more strongly suggests the partaking of communion wafers. Irony in Júdice, though it rarely shouts out, always seems to be lurking under the textual surface, betraying the poet-prophet’s contemporary, noningenuous sensibility. In his wry moments, he takes swipes at philosophical speculation and at the “minuscule anxieties” found in poetry, a strategy that allows his own verse to accommodate more philosophy and, especially, more of the anxiety that nags him. Whereas melancholy in many poets, going back at least as far as Horace, is a kind of constant and even comforting state of wistful reverie, Júdice’s anxiety is a jittery, psychological dis-ease aroused by the sense data, memories and oneiric images that bombard the poet, apparently with his consent and complicity.

Expressed very often in the form of nostalgia, not only for his childhood but for historical periods he never lived and for futures he can only dream of, this anxiety reminds us of Portugal’s poet of many disguises when masquerading as himself, Fernando Pessoa, or as the later Álvaro de Campos, or as Bernardo Soares, fictive author of The Book of Disquiet, a prose work that disguises some of Pessoa’s best poetry. Júdice’s poetry contains subtle but frequent references to Pessoa (1888-1935), who experienced the postmodernist malady directly – through his acute artistic and psychological fragmentation – before it ever became a discourse. But not even Pessoa felt the “crumbling of words” (in ‘Decadence’) and “dead branches” of syntax (in ‘Account of Maritime Routes’) that threaten the very viability of language for Júdice and other present-day poets who are still questioning, still pushing, who have not capitulated to poetry understood as a lofty colloquy. This linguistic embarrassment, or distrust, also explains Júdice’s reticence to pronounce truth and his countervailing restlessness to keep looking for it, or for something.

Adapted from the Afterword to Meditation on Ruins, Archangel Books, 1997. 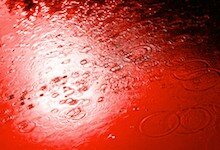 POEM
I’M EXPLAINING A FEW THINGS
You are going to ask: and where are the lilacs? and the poppy-petalled metaphysics …
read more ► 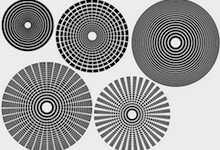 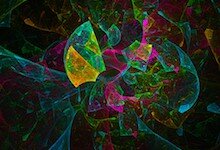 POEM
HISTORY IS RIPPED APART IN THE BODY OF A WOMAN (excerpt 2)
THE WOMAN:   Here I am spilling into everything . . . shattering and I still do …
read more ► 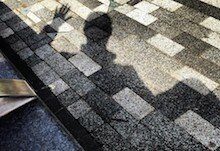 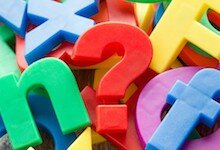 POEM
EIGHTH. 2
Words too fall to the ground, like birds suddenly driven crazy by their own …
read more ►