In spite of his political commitment, Manolis Anagnostakis is first and foremost an existential poet, writes fellow-poet and professor Násos Vayenás in this essay. “There is no other Greek poet whose life has been so politically committed and who yet has channelled so little of his ideological identity into his poetic work.”

Anagnostakis’ poetry exemplifies better than any other the feeling and atmosphere of a specific time and place: the Occupation years and the spate of tragic events for Greece in the aftermath of World War II. Anagnostakis is considered to be par excellence the most representative of the group of poets that are often labelled as political, Marxist, ideological, social or defeatism poets, and who form one of the three directions our post-war poetry has taken (the other two being existentialist and surrealist poetry).

Our own times can hardly be characterised as post-war. Nevertheless, we sense that Anagnostakis’ poems have not aged, that they still carry a present-day feeling, that is only partially and superficially post-war. It is exactly this that is the chief appeal of Anagnostakis’ poetry. If, as it is generally believed, his verses offer a faithful expression of the feeling of his time, how can they transcend that feeling and the element of historicity to such a degree that they feel so alive even today?

There is no other Greek poet whose life has been so politically committed and who yet has channelled so little of his ideological identity into his poetic work. This unique phenomenon cannot but be attributed to Anagnostakis’ keen aesthetic awareness.

The content of Anagnostakis’ poetry is defined by two main emotions, the first of which is totally irrelevant to the content of political poetry, whilst the latter is not inherently connected to it either: the first is the feeling of lost innocence, which is the result of a transition, or rather a fall from a beatific childhood to times that are shattered and tortured. The second feeling is a desire to discover the true face of man, which has been smothered by the necessity to adapt to the fallen reality.

Anagnostakis’ poetry is not pessimistic. Though its tone is sombre, though its verses often flirt with despair, in its innermost core there glows a light that looks more like the gleam of dawn rather than the dim glimmer of dusk. This light pervades his poetic work with an existential hue. Rather than being just an ideological poet, Anagnostakis is an existential poet, and this trait means that he strongly diverges from the category of political poets. As a result, he leans more towards the existential poets of his generation.

Roy Fisher, one of the significant British Modernist poets of the mid- and late …
read more ► 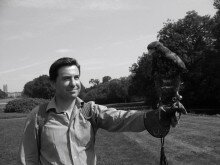 David Morley, an ecologist and naturalist by background, is one of the most …
read more ► 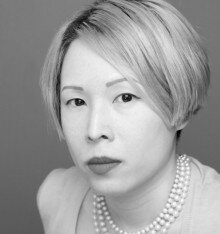 With just two collections, Jane Yeh has established herself in the UK poetry world …
read more ► 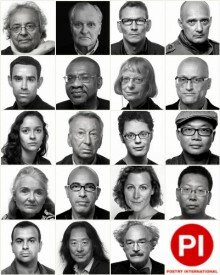 For the 44th time in a row, Poetry International brings you a selection of the best …
read more ►