In this second Poetry International issue featuring Shuntaro Tanikawa, we include prose poems selected from two of his radically experimental collections, Definitions and Coca-Cola Lesson, published in 1975 and 1981 respectively. These years were at the midpoint of Tanikawa’s 60-year writing career. The poet, in his forties and at the peak of his creative energy, was rigorously exploring new possibilities in poetry by writing about unconventional (and often anti-poetic) material in equally unconventional ways. Tanikawa’s prose poems during this period, which he dubbed ‘language-oriented poems’ in contrast to his ‘poet-oriented poems’ (which we introduced in the first PI issue), are a prime example of Tanikawa’s achievements as a revolutionary of modern Japanese poetry.

Definitions starts with a short poem entitled ‘international prototype meter’, which is a complete and unedited quote of the object’s definition in the Japanese encyclopedia. In an quasi-scientific, deceptively objective style, Definitions then moves on to depict such prosaic everyday things as a chewing gum wrapper, a box of tissue paper, and even a piece of excrement on the street. The combined effect is that of a refreshing sense of wonder at the very existence of things (including ourselves), and a deadpan sense of humor. Definitions is a new kind of ‘Dinggedicht’, a 20th-century Japanese version of Gertrude Stein’s Tender Button.

With Coca-Cola Lesson, Tanikawa takes even bolder approach, venturing out into a linguistic alchemy. “Since reality is made of consciousness, and consciousness of words, a poet as the master of words should be able to recreate reality, such as an edible radish made entirely of words!” – so proclaims Tanikawa on a page marker provided with the original edition of Coca-Cola Lesson. Many poems in the collection consist of several parts, which in turn relate to each other in such a way that the book as a whole can be consumed as one extremely intricate (and delightfully ‘delicious’) organism.

An interesting paradox that one cannot help but notice when reading these prose poems is the way that despite the fact that these ‘language-oriented poems’ leave no obvious room for self-expression, the poet’s self somehow oozes through more nakedly than in ‘poet-oriented poems’. ‘Diary of Auntie’ is a good example of this, as this elusive, ‘non-self’ poet unexpectedly reveals his innermost feelings during a mid-life crisis, when at the same time in the ‘real world’ Tanikawa’s own mother was suffering from senile dementia.

Tanikawa’s prose poems can be seen as his attempt, or even obsession, to go beyond the conventional territory of poetry. He tries to define the essence of poetry from the outside by encircling it with anti-poetic elements, just as some chemical substances are identified through submergence in diagnostic dieing materials.

In recent years, Shuntaro has been giving this approach yet another try, in the same spirit but with a totally new approach. Lately, he has been presenting his poems to readers through forms outside that of the conventional poetry book. ‘Poemail’, for example, is a monthly home delivery service of his poems and short essays by snail mail. ‘Poemicro’ consists of one microscope and five glass slides – on each slide his poems are inscribed in letters too small for the human eye to discern. ‘Poetree’ is an LED display showing his poem ‘a poem for LED display’.

Tanikawa has also produced wearable poems, and poems that you can write with. His poems invade our life in the guise of the everyday, through mundane objects like a virus or the invisible Auntie in ‘Diary of Auntie’. Tanikawa does not seem to be at all shy about this down-to-earth accessibility, or concerned about the dilution of his poetry. As he writes in ‘Coca-Cola Lesson,’ “Every single word might turn into something of unknown size and mass, and once any word occupied his head, it might connect to every word all over the world, and at the end he might be gobbled up by the world and die.”

(Links to Tanikawa's Poemail, Poetree, and other projects can be found in the poet’s bibliography) 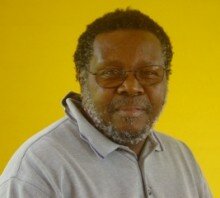 POEM
EMILY AND WALT
I suppose we did not want for love. They were considerate parents, if a bit …
read more ►

POEM
“WAS YOU EVER BIT BY A DEAD BEE?”
I was, I was—by its posthumous chomp, by its bad dab of venom, its …
read more ► 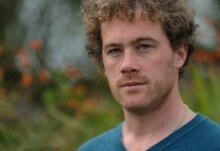 Simon Ó Faoláin was born in Dublin and raised in west Kerry. He …
read more ►

Peter Sirr, a freelance writer and translator, is one of Ireland’s most …
read more ►