Tal Nitzán’s two latest books are, in a sense, mirror images of each other. The previous one, Café Soleil Bleu, was written as part dream, part memory; doubt about the very existence of the speaker drives the entire poem, both content and form. In contrast, The First to Forget is written in full consciousness, with no anesthetic to dull the  . . . pain. “Not with understanding or the opposite of understanding” but mediated by the thing itself, before understanding and beyond it.

What is the thing itself here, and what is its relation to memory and forgetting? “Again no one among us remembers,” she writes. “What sounded like rain was building waste piling up in landfills. What sounded like a wail was a wail”. The book opens with a distinction between what sounds “like”, and what has the same onomatopoeic quality with which the sound makes its meaning heard. The sound of the wail indeed testifies to a wail because pain is perhaps the only memory which does not fail us.

The book’s profound question is not what do we remember? but rather what are the conditions, the agenda of forgetting and of memory? [Nitzán answers]: catastrophe – “We need a new catastrophe which will erase the rest of our catastrophes”. One catastrophe expunges another, wipes out the memory of the previous disaster. This is the way we remember, via catastrophe. And this is how we forget, via catastrophe.

That which was supposed to cover the wound keeps endlessly exposing it. Recall itself is like tearing gauze from a wound over and over, a tearing which exposes the unbearable. But when this book talks about the unbearable, it is not speaking in terms of pain, but rather of wandering. The writer is a wanderer. As one who is impelled to move from language to language, from country to country, from culture to culture, she can only allow herself the careful economy of the wanderer. Taking only what is essential. Packing quickly and carefully. Leaving behind, without looking back, everything which might weigh her down, hold her back, prevent her progress.

In one of the strong poems at the end of the book, Nitzán describes herself as a child drowning in deep water and unable to shout for help, because she doesn’t remember in which country she is and in which language to shout. In this case, the vital word was not “packed” carefully enough. It was left behind, or perhaps put somewhere that made it difficult to retrieve, at the precise moment when it was most needed. But not only the word “help” is expropriated in the frequent transitions. Every time she has to pack up again and unpack somewhere else, parts of her are lost which it is unlikely she will retrieve.

“Sometimes there is nothing which is not this,” she goes on. “This” is exposed nakedness which has no words and no language, and so there is no way to . . . keep one’s distance from it. The economics of wandering is not just about packing, it is also about exposure. In the absence of wrappings to cover and be covered by, [there is] no relief and no way out.

The sense of having no way out of the pain is connected to the awful insight that there is no “other side” or alternate angle or position which might bring relief. The position of Tal Nitzán’s speaker in this book has only one side, the side of the shout. She writes, in one of the most beautiful poems in the book, about a “soft spot”. Is the soft spot really that same spot which is kissed on the nape of the neck? Or is it the tender moment in which body and memory come together at last, for just a single moment, allowing her to go back and put a “sweet distance” between herself and her childhood, allowing her not only to remember this childhood but also to forgive it?

In the title poem, Nitzan asks to be allowed to be “the first to forget”. To be first to forget is not merely to forget. It is to forget while someone else remembers . . . The parting gift she requests in this poem is not that the addressee should remember but that he should let her forget. In a world in which the burden of memory is too heavy to carry from place to place, the only gift a person can give her partner is permission to be the first to forget. “How incomparably easy to hold you between the no more and the not yet,” she writes elsewhere. These poems are situated in the span between “non-memory” and non-forgetting”; between “already” and “not yet”; between “almost” and “too late”; between “what will be” and “what will be left”. They are not obscure, [they have] a withering, frighteningly wakeful clarity, devoid of self-pity or nostalgia.

“I dreamt again that I was picking up a carton of milk and I was staring at myself from its four sides,” she writes in ‘In Which Country’. This girl, who disappears and is recreated in another language, in another country, in a different system of loves and hates and tastes and rules – packs up her past and seals it again and again in order to establish a new present which does not carry her past within.

The entire book is a kind of negotiation between the desire to remember everything and the knowledge that doing so would be a burden too heavy for the wanderer: she must be the first to give up the burden of the past in order to establish freely the next ongoing present. In this sense, from her earliest childhood she “is the first to forget”. And in precisely this sense “to be the first to forget” is not only a journey of loss but also one of survival.

To what extent are these things connected to the fact that Tal Nitzán is also a gifted translator? Nitzán’s translation of Mesto’s beautiful cycle of poems ‘Stray’ closes the book, and is impressive evidence of the way she has transformed what was forced upon her as her life’s work into an incomparable work of art.

Excerpted and translated from an article that appeared in Haaretz, 12 August 2009.

Dana Amir is a psychoanalyst and poet. Her latest book, Lyricism of the Soul, is published (in Hebrew) by Magnes Press. 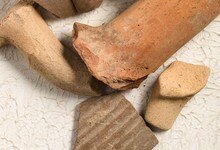 POEM
RESPIRATION
A lot of it lives in the trachea, you know. But not so much that you won’t …
read more ► 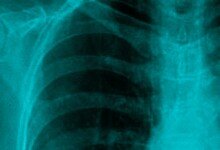 POEM
ON LEAVING THE BODY TO SCIENCE
The my …
read more ► 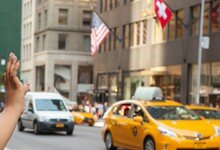 POEM
INCIDENTS OF TRAVEL IN POETRY
We went to all those places where they restore sadness and joy and call it art. We …
read more ► 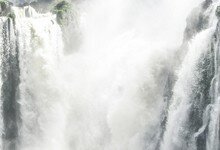 POEM
WATER DEVIL
Spout of a leaf, listen out for the screams of your relentless audience: the …
read more ► 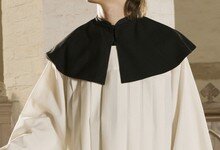 POEM
WHAT THEY ARE MISSING
The local boys are, of course, forbidden. This leaves only the rare, …
read more ► 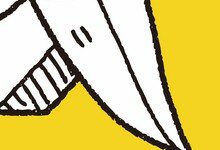 POEM
FELONIES AND ARIAS OF THE HEART
I need more time, a simple day in Paris hotels and window shopping. The croissants …
read more ►