For better or worse, there is only modern Indonesian poetry – and what comes after. There is no such thing as medieval Indonesian poetry, for instance. For, even in the 19th century, let alone in medieval times, there was not yet a country called Indonesia.

A relatively young tradition, Indonesian poetry began in the early twentieth century as the struggle for national independence from colonialism gained strong momentum. A nationalist youth congress in 1928 issued the historic “Youth Pledge”, which, amongst other things, proclaimed Indonesian (an offshoot of Malay) as the national language of Indonesia. While centuries of inter-island trading had seen Malay widely used as the lingua franca throughout the archipelago of some 17,000 islands that would later be christened Indonesia, it was the nationalist movement – along with the spread of print-media publication – that spurred on the more conscious use of Indonesian as a means of literary expression.

Some of the earliest poetry written in Bahasa Indonesia (as the language calls itself) appeared in the 1920s. Mohammad Yamin (1903–1962) wrote a number of sonnets with fervent nationalist sentiment as well as idyllic nostalgia, in a vocabulary that nowadays may sound rather archaic. Sanoesi Pane (1905–1968), in his attempt to achieve a synthesis of East and West, drew much inspiration from classical Indian and Javanese culture in a number of his sonnets, while Roestam Effendi (1902–1979), a determined innovator, produced a body of work that uses a somewhat mixed vocabulary, partly drawn from vernaculars such as Javanese, Sundanese and Minangkabau. In their different ways, these poets paved the way towards different avenues of expression for subsequent generations.

The 1930s witnessed the rise of the influential literary magazine Poedjangga Baroe (New Writer) that published works by a younger group of writers. The sonnet and quatrains were two favourite forms often used by these “new poets” to express what they considered the novel sensibility of modern Indonesia. Sutan Takdir Alisjahbana (1908–1994), the magazine’s editor as well as its most eloquent spokesperson and polemicist, urged Indonesians to adopt the modern West as the ultimate role model. In their effort to break away from the old tradition, they claimed to draw their literary influences from abroad, such as the Dutch ’80s poets (de Tachtigers). Meanwhile, Amir Hamzah (1911–1946), widely recognised as its greatest poet, composed melodious, hermetic poems steeped in allusions to Sufi as well as other mystical traditions.

A major breakthrough arrived in the shape of the modernist work of Chairil Anwar (1922–1949). Chairil’s poetry is terse, vibrant and rife with extremes covering a broad range of emotions: from hope to despair, solemnity to playfulness, calmness to rebelliousness. Even today after half a century his poems somehow still retain their freshness and contemporary feel in their use of the Indonesian language. Chairil and his peers Asrul Sani (1926–2004) and Rivai Apin (1927–1995) – the writers of the cosmopolitan “Gelanggang Credo” of 1950 – saw themselves as “heirs to the world culture”.

In the wake of Chairil Anwar, Indonesian poetry found distinctive new voices in the works of Sitor Situmorang (1924), Subagio Sastrowardoyo (1924–1995), and Rendra (1935–2009). Sitor Situmorang, in his long career as poet-errant, has written some of the most vivid and piercing lines in Indonesian in his poetry about the loneliness and ennui of a wanderer taking respite and finding solace in the sensual and sensuous present, as well as in fleeting memories. Subagio Sastrowardoyo’s poems, intimate and at times enigmatic, are poised between the subconscious desires and longings of everyman and the solitary thoughts of a learned man. Rendra, also a great actor, has an assorted poetic repertoire that ranges from the lyric, epic and dramatic to protest poetry (“pamphlet poetry”) – his special legacy being the whole body of narrative poems unique in Indonesian literature.

The 1970s was undoubtedly something of an experimentalist decade – with performance art, concrete poetry and sound poetry stealing the show. The avant-garde poetry of Sutardji Calzoum Bachri (1941), invoking the primal power of mantra as well as the play of signifiers bordering on poetic frenzy, brought something singular and unprecedented to Indonesian literature. And from the 1980s onwards, Afrizal Malna (1957) introduced a kind of mongrel poetry of discordant images and rhythms, born in the chaotic urban life of mass-marketed desires and its discontents.

Indonesian poetry today still looks vigorous and bountiful, with younger poets finding broader and more varied outlets for publication of their work, from conventional book-publishing to the literary section of newspapers and the Internet. The search is on for new possibilities of poetic expression, in a field seemingly already exhausted by the “old masters”, and there is no end in sight.

This first publication of the PIW Indonesia domain features Sapardi Djoko Damono and Goenawan Mohamad, two eminences grises of contemporary Indonesian literature who are still very active as writers. The oeuvres of the two poets are, in effect, the living forces that continue to have a shaping influence on today’s Indonesian poetry. 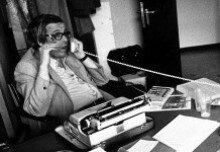 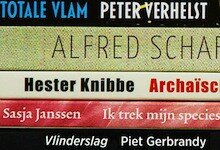 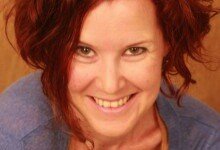 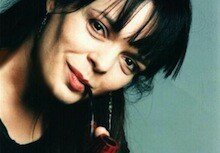