Anthony Joseph was born in Trinidad and has lived in England since 1989. He writes prose, fiction and poetry and is the author of two poetry collections, Desafinado (1994) and Teragaton (1997) and a spoken word CD, Liquid Textology: Readings From The African Origins of UFOs. He was a contributing writer to the photo ‘A Great Day’, a photo of fifty writers who have helped to re-define contemporary British literature (www.renaissanceone.com).

Joseph has taught Creative Writing and Science Fiction Writing at The Universities of Surrey, Roehampton, and North London where he also taught Science Fiction writing. As a spoken word artist, he has performed internationally, most recently in the UK, Europe and the US where he was the British Council’s first poet in residence at California State University. His new book The African Origins of UFOs is published this autumn.

Critics and academics writing about Joseph’s work have cited his literary lineage to experimental writers and artists such as Wilson Harris, Amiri Baraka, Kamau Brathwaithe, the Beat Poets and others. Joseph acknowledges many influences, and the poems from his new book, African Origins of UFOs, described as an ‘afropsychadelicnoir’ and an experimental mix of mythology, science fiction and metafiction demonstrates a facility with musical counterpoints of jazz, rapso, percussive beats and psychadelic refrains, that results in exciting shifts in energy and mood, otherworldly dimensions, and stanzas brimming with words that jostle for space.

It is also his Trinidadian background – living with, and amongst, a ‘callaloo’ mix of races, ethnic groupings and cultural modes - that lends itself to a fluid experimentation with poetic form, vernacular and cadence and a propensity and style all of his own. Being placed within the ‘Black British canon’ is ill-fitting to a writer whose imagination and writing has reacted to and burst through stricture and tidy definition; Joseph’s “self-styled vacuum” and his exploration of personal and historical displacement in linguistics and history (Romana Huk, 2005) unfolds more clearly when viewed as part of a borderless continuum of international writers who expertly combine the literary and the experimental, interweave the personal, the political, the mythic and the archetypal, and quiz notions of diaspora, displacement, ‘otherness’ and appropriateness of subject matter.

Joseph’s aesthetic is scandalous as well as serious in intent, and he delights in wordplay, sound and image, which readers are all the better for experiencing.

Joseph’s debut novel The African Origins of UFOs is published by Salt Publishing this autumn. 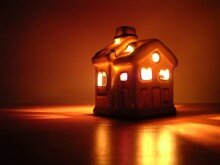 POEM
4:13 AM
The shift of sleepwalks and suicides. The occasion of owls and a demi-lune …
read more ►

POEM
ENVIRONMENTAL AWARENESS: THE RIGHT WHALE
The whale was known as right because it was magnificent with oil, slow and …
read more ► 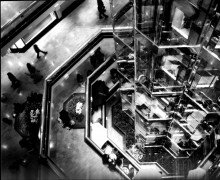 POEM
AT THE GALLERIA SHOPPING MALL
Just past the bin of pastel baby socks and underwear, there are some 49-dollar …
read more ► 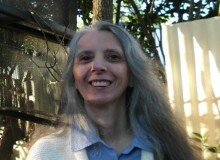 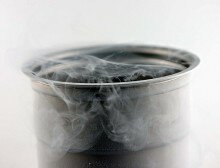 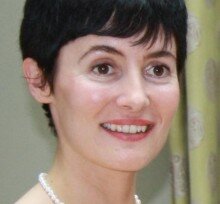 Mary O’Donoghue, even more than most poets, is in love with words. She …
read more ► 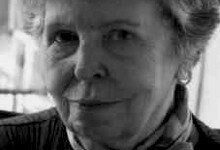 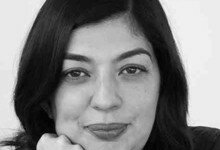 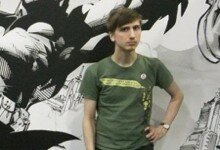 To say that Jon Stone has just, at the time of writing, had his first full …
read more ► 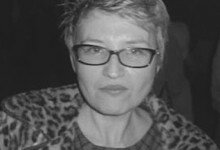 Helen Ivory is a poet and artist who, together with her husband Martin Figura, runs …
read more ►