Isabella Motadinyane was born in 1963 in Mofolo Central, Soweto. She completed classes up to Grade Five in her formal schooling. She studied piano at the so-called ‘Five Roses Bowl’ and attended dance and acting classes in Jozi. As a result of creative writing forums she wrote the poem ‘One Leg In’, which contains the phrase “die is mos botsotsos” (these are stretch denim pants). The phrase afterwards gave rise to the name of the Botsotso Jesters, the poetry performance group of which she was a founding member in 1994, and whose publishing arm, Botsotso Publishing, brought out two collections, We Jive Like This (1996) and Dirty Washing (1999). Poems by Isabella in these books were brought together in her collected works, Bella (2007).

Isabella was brought up by her grandmother and adopted the surname Motadinyane, even though, when she traced her routes and the whereabouts of her absent father, she discovered that he was from the Mabalane family of Meadowlands and Ndofaya. At the time of her death on 19 February 2003 – her fortieth birthday – she was living with her mother in Orange Farm, not far from Johannesburg.

As a stage presence Isabella was unique – confident, varied, vivacious. Her rich voice both sang and spoke, infusing her poems with great musicality; significantly, they work with an equal conviction and skill on the page. Isabella Motadinyane used Isicamtho and Sotho to create a powerful legacy of performance, poetry and song. Her voice is captured on the Botsotso Jesters’ CD, Purple Light Mirror in the Mud (2001).

A tribute to Isabella 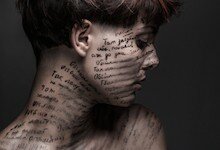