“Erdal seems light years away from the romantic image of the poet coughing in a garret or hanging out in cafés. She hasn’t the time for all that,” writes poet and journalist Dafna Schori on her interview with Ayana Erdal.

Q: Why did you choose to call your second collection Love Poems for Hard Times?

A: Because during the years when I was writing it, I had lots of hard times, and one very very powerful love. In general, everything that has happened to me in my life has been powerful. So people going through bad times will be able to identify with the book. It contains a lot of difficult and stormy emotions. [My first book] was much less narrative, but here, on the other hand, there is really the story of a family. You can see a couple and children. I also dealt with my own childhood in the book and with my mother who died of cancer, so in fact this is a working through of mourning. In general, since I had my children, my life has become much more practical and I have many more worries.

Q: The poem on the back cover ends with the words: “Before she died my mother said: ‘never have an overdraft’./ But I lack more and more, the older I get.” What is this lack?

A: I lack money, I lack love, I miss a lot of things. It expresses the scream of the absent.

The lack of which Erdal speaks is indeed very much present in her collection, which was edited by the poet Shimon Adaf. The lack of money, of a mother, the absence of love and of insight into her relationship.  But despite the fact that the poems are steeped in a childlike, fairytale atmosphere (that is sometimes also childish), this is a social protest book. The collection protests strongly against poverty, unemployment, greedy capitalism and government welfare offices like Israel’s National Insurance Institute. “This petit bourgeois life is exhausting” she writes in one poem (untitled, like all the poems in the collection) and in another “the welfare poets/ work hard to open a bank account / walk with vacant strides down the halls of the Labor Exchange where the unemployed sit.”

“I was unemployed for almost two years” recalls Erdal, who lives in Jerusalem. “I had worked as a teacher and when I became pregnant they fired me just like that and I couldn’t find another job. The sense of financial hardship is always with me, and I can also tell you that when I walk through the streets of Jerusalem and speak to people, I feel their immense hardship. So I feel the need to express the anger of people who live in this country, who work and try to raise their children well, despite the fact that it is becoming impossible to do so”.

Q: A land that consumes its inhabitants?

A: That’s a terrible thing to say. Not only am I loyal to this country, I am especially loyal to Jerusalem, and I think it’s a shame so many people are leaving it.

Q: There’s a lot of hardship in your poems

A: True, but they also contain comfort as in the relationship between partners. You can sense great desire. My poems, as I said, are made out of the stuff of my life but they also speak in the plural.

There is a sense of a shared fate in a certain generation. I think the time of that generation which wrote in the singular, and so wanted to express its voice as singular, has passed. Once that was appropriate, but I think that today it’s important to speak in the plural, and that’s what I do. I need to feel myself part of a public, to sound out a scream for change in the status quo.”

A: I am, first and foremost, a mother. Then I also work in a used bookshop in Jerusalem called Yalkut. It’s a wonderful shop because anyone can feel at home there. A mentally ill woman might come in, or a man living in the street, ultra-orthodox and intellectuals – and they’ll all feel comfortable. Even someone with no money can find a book for a dollar. It’s a place I very much identify with and which reflects my ideology. I hope to go back to teaching but I don’t think I’m a good enough teacher.

A: Because as a teacher I felt I was missing the point. That my job didn’t allow me to be the kind of teacher I wanted to be. Now that I’m older maybe it would work.

Erdal has taken part in writing workshops led by the late poet Yehuda Amichai and critic Menachem Benn. It was Benn who published her first poem in the weekly Kol Ha’ir.  Amichai’s positive influence is apparent in Erdal’s work, particularly in her generous use of imagery. Lines like “I always forget history / like you forget to pay an electricity bill” inevitably evoke Amichai. “It’s true” she says, “I like Amichai very much. But I also admire many other poets, such as Dalia Ravikovitch, Sirka Turka, Lea Goldberg and Shimon Adaf who edited the book.”

Q: Could you describe your work with him?

A: It was a very extensive editing job. From a line which Adaf didn’t think contributed to a poem, or a verse he thought superfluous, to the order in which the poems appeared. Everything Shimon mentioned to me I had already felt to be problematic but he managed to put his finger on it. I think he is a very gifted editor.

Q: Your late mother takes pride of place in the book.

A: The most significant and most terrible thing for me is that my mother never knew my children. She died more than seven years ago and these have been seven extremely stormy years. When I saw she was sick I understood that I could easily die with her. I realised I was depressed, and I said to myself: I don’t want to die. I want to live. My mother gave birth to me so that I would live, so that I would be happy. And then I met my partner and fell in love and my son was born and I got married, and then my husband became religious and my daughter was born. And now I have gotten divorced.

Q: What inspires you?

A: I am dependent on inspiration but also on time. It comes from an inner drive and sometimes while reading. Reading other writers’ texts provides me with the right language to say my own words. But there is no doubt that inspiration constitutes a tranquil moment in busy days.

Tua Forsström (1947) is one of the most important poets of Swedish-speaking Finland, …
read more ► 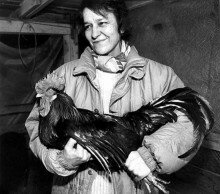 Sirkka Turkka often seems to have more of a soft spot for animals than for people. …
read more ► 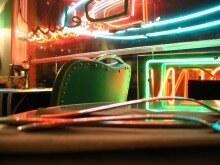 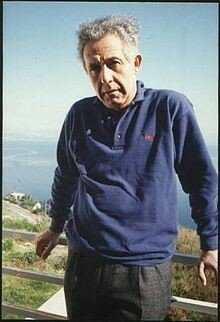 Born in Sofia, Bulgaria in 1935, Pincas lost his father at the age of six and …
read more ► 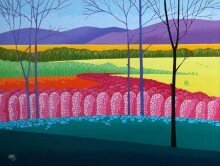